Press enter to begin your search

We are located in Wyoming, Michigan, and are a member of the Protestant Reformed Churches of America. The PRCA consists of 31 congregations all around the US, and 3 in Canada. We are currently involved in mission work in Pittsburgh, PA and the Philippines. There are currently 16 PRC schools. 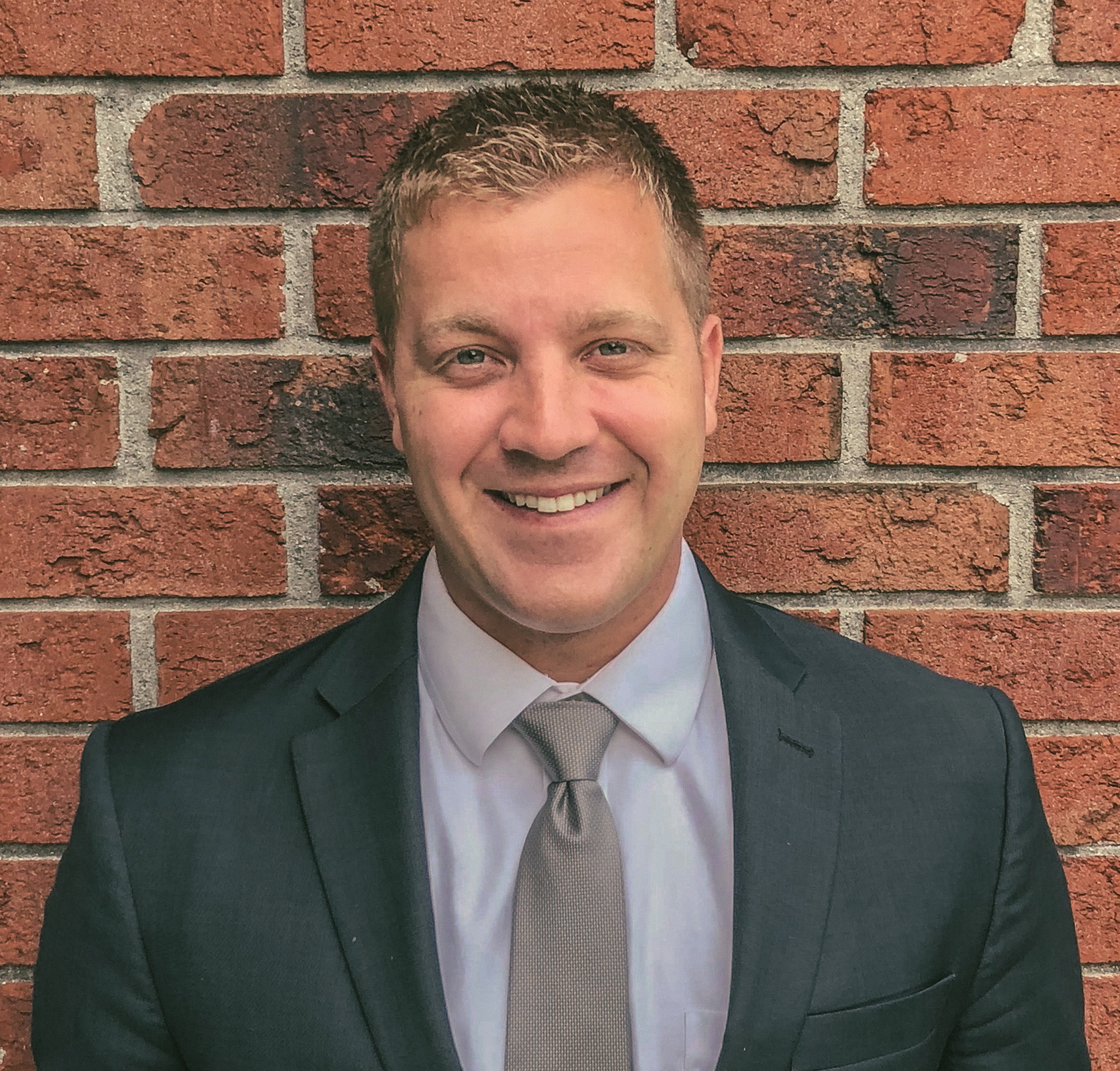 Born and raised in Jenison, MI, Rev. David Noorman graduated from Calvin College (2013) and the Protestant Reformed Theological Seminary (2017). Soon after graduating from seminary he married his wife, Carisa (née Meelker), a native of Redlands, CA. He was ordained as a minister of the Protestant Reformed Churches in Southwest PRC in March of 2018.

As a Reformed Church, Southwest Protestant Reformed Church believes that the Bible, as translated in the King James Version, is the infallible and inspired Word of God. We believe that the message therein is interpreted correctly in the Three Forms of Unity: The Heidelberg Catechism, The Confession of Faith (Belgic Confession) and the Canons of Dordrecht. At Southwest Protestant Reformed Church, we believe that the central work and privilege of the Church of Christ is the preaching of the Word by those who are called to that special office (Ephesians 4:11). In the preaching, which is given twice on Sunday, there is an expository declaration of a particular text in light of the testimony of all Scripture. We believe that Scripture interprets Scripture, and that this is a fundamental principle in the preaching of the instituted church and its mission fields. In the worship services, only the Psalms are sung, which is in harmony with Article 69 of our church order, adopted by the Synod of Dordrect in 1618-1619.

Through the faithful preaching, we and our children receive the blessings promised in God’s unconditional covenant with His elect people. These blessings include the imputation of Christ’s righteousness through faith alone, the forgiveness of sins, the regeneration and calling of our children in our generations, sanctification by the Spirit to live unto all good works, and the preservation of the saints.

We believe that the bond of marriage is a lifelong bond between one man and one woman. Although an individual may divorce his or her spouse for adultery, the marriage bond is not dissolved until death. We believe that since this is the truth of the Word of God, neither party is permitted to remarry while the other person is still living. Those who do divorce and remarry while their first spouse is still alive are considered adulterers, regardless of the circumstances of the divorce.

At Southwest Protestant Reformed Church, we believe in the biblical doctrine of a unilateral covenant of grace. The covenant is a living relationship of friendship between God and the elect Church through Jesus Christ. This covenant relationship is established and maintained only by the sovereign grace of God. God’s covenant is only with His elect, and it is unconditional. The unconditional covenant means that there are no conditions that people must fulfill to enter into, or stay in the covenant. We reject Antinomianism. Rather than leading careless lives, we believe that God calls His people to believe and obey while God alone produces in us the faith and good works required in God’s people. Out of this view of the covenant, members at Southwest Protestant Reformed Church believe that good, Christian schools are a necessity. By God’s grace, these are maintained through no small sacrifice on the part of its members.

The denomination or federation of the Protestant Reformed Churches in America holds to the Reformed style of church government, and it is organized into two classes (East and West). These classes meet two to three times per year, and in an annual Synod of the entire denomination.

Just two years after the Protestant Reformed Churches (PRC) were born in 1924, Roosevelt Park Protestant Reformed Church was organized in July, 1926. Roosevelt Park PRC originally consisted of sixteen families, and their council comprised three elders and two deacons. The members of this small group found their first meeting place in a room above a department store that was located near the intersection of Grandville Street and Clyde Park Avenue. They gathered there for worship for about two years, and then a more permanent place of worship was acquired on Roosevelt Hill in the same area. The basis for their name was their location -the Southwestern section of Grand Rapids called Roosevelt Park. Rev. Bernard Kok was their first pastor. He led the congregation from 1929 to 1937. Then Rev. Richard Veldman led the congregation from 1937 to 1939. Ten years after moving to Roosevelt Hill, the members of Roosevelt Park PRC built a new church building on the corner of Ellen St. and Rathbone Ave. They began worshipping there in 1939 under the leadership of Rev. Marinus Schipper (1939-1945). Their first parsonage was purchased in 1945. It was located right next to their church building. The name of the church was changed to Second Protestant Reformed Church in 1942. Rev. Sebastian Cammenga (1945-1948) and Rev. John Blankespoor (1949-1953) followed Rev. Schipper.

The congregation prospered spiritually during its early years. The members enjoyed various activities in their Men’s and Ladies’ (Eunice) Societies, and in the Choral Society. Both of these societies were organized around 1937. Two more societies were organized later on; the Young People’s society in 1943, and the Mr. and Mrs. Society in 1946. All of these societies contributed to the organic life of the congregation. Second PRC enjoyed steady growth throughout the late forties and early fifties. By the time of their twenty-fifth anniversary they numbered some 78 families and 337 souls.

The Protestant Reformed Churches suffered a split in 1953. More than half of the 78 families in Second PRC left the denomination as a result of this split. As a result, fewer than forty families remained in Second PRC. Besides losing so many members, they lost their minister, church name, church records, church funds, and their church building. With no church building, the congregation had to rent places to worship until they could purchase another one. Rev. Marinus Schipper led the congregation a second time during these difficult years (1954-1962). Eventually a church building was purchased on the corner of Porter and Meyer in Beverley Park. In December of 1957, the congregation assumed its current name, Southwest Protestant Reformed Church.

Southwest PRC continued to grow spiritually and numerically throughout the years following the split of 1953. After Rev. Schipper led Southwest PRC the second time, Rev. George Lubbers served from 1964 to 1970. Then Rev. Herman Veldman served from 1971 to 1978. During the ministry of Rev. Veldman, it became necessary for the congregation to begin exploring options for a larger church building. In 1975 they took advantage of an opportunity to buy land along Ivanrest Ave. in Wyoming. The plot was located south of 44th Street and just north of the Protestant Reformed Theological School. This is the present location of the church building where the members of Southwest PRC currently gather for worship services. The congregation built a parsonage and a fellowship hall on this site in 1978. They met in this fellowship hall for worship until they could afford to add a sanctuary to it. After Rev. Veldman retired from the ministry in 1978, Southwest PRC called Rev. Michael DeVries, who had just graduated from the Protestant Reformed Seminary. Rev. DeVries served the congregation from 1978 to 1985. He was followed by Rev. Marvin Kamps (1985-1993). By the time Rev. Kamps came to Southwest, the congregation had been worshipping in their fellowship hall for seven years. In 1986, the congregation began planning the construction of a new sanctuary. The project was completed in 1988, and the church building was dedicated on September 23 of the same year. The congregation renovated their church building in 2000. After Rev. Kamps, Rev. Ronald Cammenga served as pastor of Southwest PRC from 1993 to 2004. Rev. Cammenga was followed by Rev. Arie denHartog, who served until his retirement in 2017.  Southwest’s current pastor is Rev. David Noorman who graduated from Calvin College (2013) and the Protestant Reformed Theological Seminary (2017). Soon after graduating from seminary he married his wife, Carisa (née Meelker), a native of Redlands, CA. He was ordained as a minister of the Protestant Reformed Churches in Southwest PRC in March of 2018. The current building at 4875 Ivanrest Ave. well accommodates the congregation’s 90 families and 360 souls. The members of the congregation are served by eight elders and seven deacons.

Through the years, the Southwest congregation has been blessed with many godly ministers, and it has maintained the marks of the true church, as these marks are defined in Article 29 of the Belgic Confession: the pure preaching of the infallible Word of God, the proper administration of the sacraments, and biblical observance of church discipline. Faithful instruction of the children and youth in Bible history, the Heidelberg Catechism, and Essentials of Reformed doctrine is maintained. With five different Bible societies for the various age groups, the congregation also enjoys an active Bible society life. The Evangelism Committee of Southwest PRC sponsors and promotes lectures, and also mails out pamphlets to various individuals and families who are interested in Reformed reading materials.